Did you know that there was at one time post Grand Lodge of Oregon creation in 1851 (ca.1860’s) land either purchased, acquired or given for use for burial of Mason’s and their families located in Portland Oregon?

This land is today known as, Greenwood Hills Cemetery.

At some point which is yet to be determined the ownership was transferred, given or sold to some person, company or organization that in the end changed the name to Greenwood Hillls Cemetery.

The significance of this new find is very important to the history of this jurisdiction.  Important because there was never a point in recorded history until now that a location was known to exist for Brothers and their families to be buried in that was specifically a Masonic Cemetery in the Portland area.

The burials of Freemasons and their families obviously occurred all the time in Portland but the use of a Masonic Cemetery is what makes this unique.

The ownership and management of the Portland Masonic Cemetery / Greenwood Cemetery was held by ‘three pioneer lodges’ in Portland.  Which ‘three’ lodges at this time is not known.

To add to this wonderful story is the recent find of the Tax Survey Map which is more than just a normal tax survey.  It is actually a Plat Map of the Cemetery. 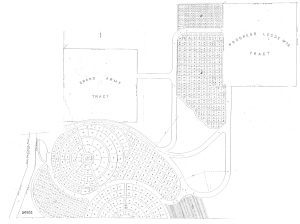 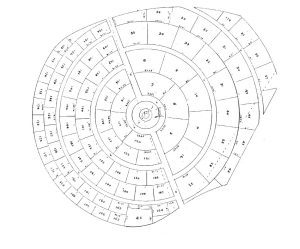 Looking at the plat map of the cemetery excites me.  Makes me think that this is just not a lay out of a cemetery but Freemasons at work creating a lasting example of the secrets of mathematics by perfectly balancing the layout of a cemetery for time immemorial.

To add a bit more to this wonderful new find is three very important Masons who were very much involved in the creation of the Oregon Jurisdiction are buried here:

Orrin Kellogg and Joseph kellogg who were the men who brought the Charter to the Oregon Territory in 1848 to Oregon City which allowed Masonic Work to begin.